Greetings! It’s Alexis Alvarez here, ready to tell you about the Spring Fling writer’s conference in Chicago. My sisters and I attended, and it was our first book conference as romance authors! 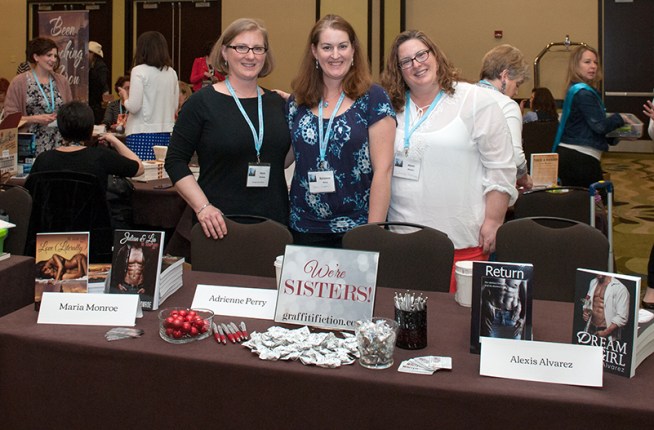 The organizers did a fantastic job! The conference was outstanding.

I’m excited to report that we drank at least $150 in wine at the bar (hi, cute bartender! Remember us?)  We also attended conferences, pitched to agents, and laughed so loudly and so long in our room that our neighbor came to bang on our door. We though we were in trouble, but she only wanted to join the party.  It was Jade Lee, a best-selling romance author who has published over 50 books.  When we told her what we were giggling about, she still came in to hang out, and we all had a great time talking. She gave us some excellent writing advice on top of it, as well as copies of her books.  She didn’t run away screaming!  This made us want to call our mom immediately and report:  “See? Sometimes when we laugh together like hyenas for hours, GOOD THINGS can come of it!” Jade Lee writes books that are sexy, romantic and fun!

I won a cool Indian-themed basket from Sonali Dev in the silent auction!  We also got to hear her talk during a panel.  Her concept of good romance writing inspiring “heart-gasms” was fun and provocative – loved it.  I’ve interviewed Sonali before for an article on writing and love her insight into editing and using beta readers.  (Read it here:  Getting The Words Right: The Magic of Editing.) 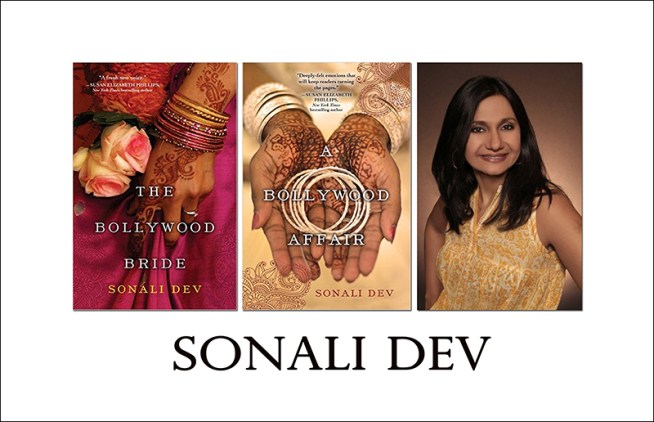 We got to meet Christina and Lauren, the best-selling duo who write as Christina Lauren, and they were so nice. Like, really, super NICE. The kind of women who you want to turn into BFF’s and talk with on the phone every day because they’re just so interesting and cool, but it’s important not to stalk them too hard because they already have a BFF (each other) and a pretty busy life, what with writing a new best-selling book every few months and also having families. 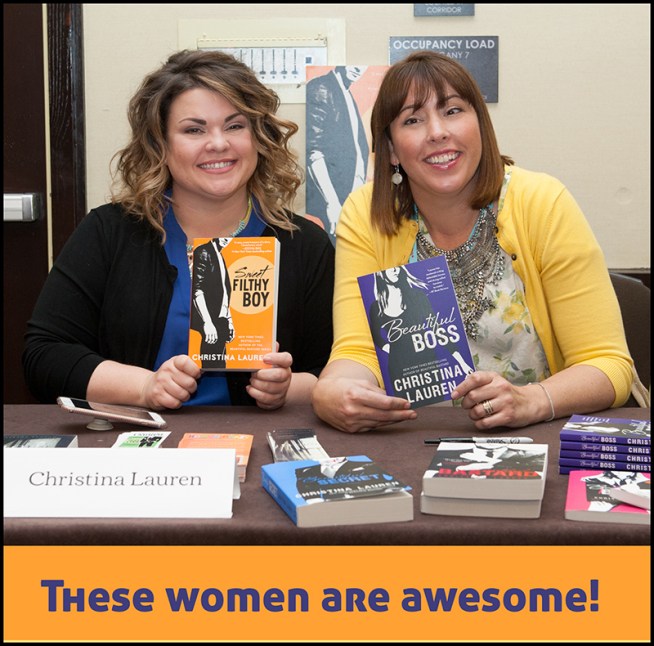 Here’s a true story from the conference about how nice they are:  So Robyn Carr gave the big keynote speech, and it was a good one. She told us as writers that we need to work through adversity (she once had an 8-year dry spell), and that we can be the wings, not just the wind under someone else’s wings. She also had a free book on the table for each of us. So Adrienne and I went to thank her afterwards and shake her hand. She was busy chatting with fans, so we waited politely for our turn.  But the crowd around her was so big, and there were so many people waiting to meet her, that we couldn’t get in there. So we waited. And waited some more. We kept missing our opportunity to get in there and started to feel silly, because we were standing there, trying to say “hi” and kept getting cut off by other people. It was like when construction makes two lanes merge into one, but the other drivers are determined not to let you in, so you end up marooned behind the cones, blinking wildly, praying, “Let me in! Someone, let me in!”

Have you been in that situation? You’re feeling meek and small, and try to look like you belong, but every second that goes by, you feel more awkward, and soon you’re frozen into place like a terrified squirrel faced by a vicious alley cat? And there are huge used-car-lot arrows flashing right at you? 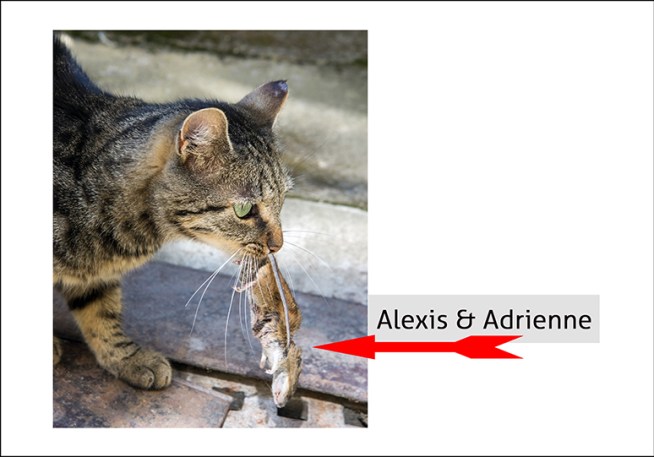 Soon we realized that we just didn’t have the guts to power through the crowd. So now it was clearly time to sneak back to Maria and confess our lameness (she was in the bathroom, sending us selfies) — 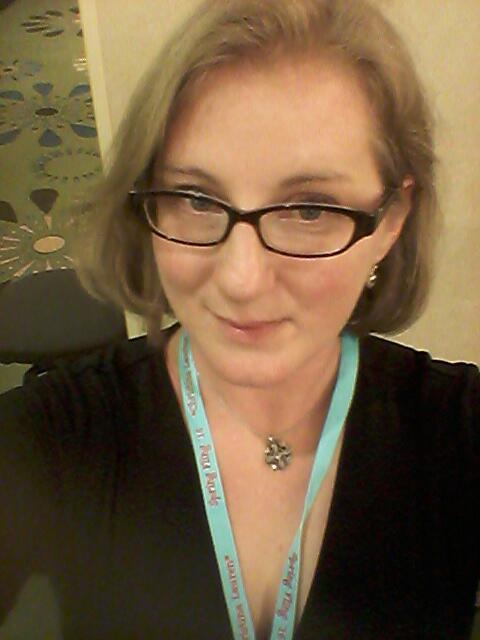 —but out of the blue, who should appear but Lauren, from CLo!  She smiled and said hi, and we said hi and that we were considering trying to to talk to Robyn Carr, but the crowd was too thick, and do you know what Lauren did for us? She interjected herself gracefully and sweetly into the scene, and introduced RC to us. And we got our books autographed.

So my takeaway from that is that Lauren is a Super Hero, and if we knew how to sew (we don’t) and if we had extra fabric with us (we didn’t) we would have made her some kind of cape as a way of saying thanks.  Also, she and Christina gave a very a)funny and b)moving keynote speech about how they became a writing duo, about perseverance and teamwork, about not giving up.  It inspired the three of us to want to write a team book.  We’re already finished with the rev 0. draft!

Oh, also? When Lauren & Christina give classes? They include pictures of themselves eating corn-dogs, and swear sometimes, and make jokes, and ask the audience for real-time feedback. FUNNEST TALKS EVER.  If you  get a chance to hear these two women talk live, TAKE IT. You won’t be sorry.  You need to read their books, if you haven’t already. They’re sexy, funny, smart and addictive.

The other important part of the conference was Maria’s underpants. She had this Spanx-style garment to make herself look slimmer, and she noted that there was a hole in the crotch of it with little flaps, so you could — apparently — crouch down and open the flaps and pee instead of trying to wriggle out of the entire bodysuit.  I also have  a slimming garment with a similar hole, which I have never used (the hole, not the garment). 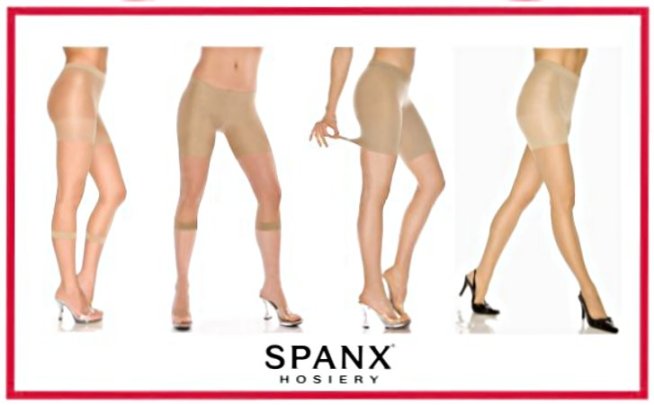 We though that savvy women should have more names for this creative cloth, so we started brainstorming. 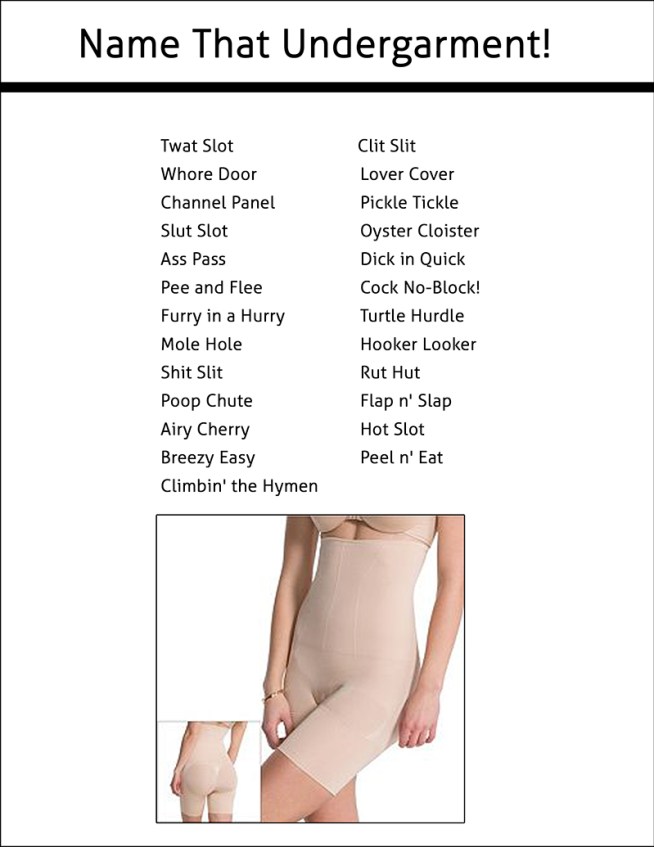 We brainstormed these over the course of the 2-day conference, and each new suggestion made us roll on the floor, nearly crying with laughter, howling until our stomachs hurt. It was so, so fun. They don’t all make sense. They don’t have to!

At the final dinner, we came up with some creative ones:

We were screaming with laughter about some of these suggestions when Jade knocked on our door.

Later, on our way to the lobby for Starbucks, the bartender walked by with some people in suits. He nodded his head and smiled to us, and waved.

So to summarize our conference learnings: 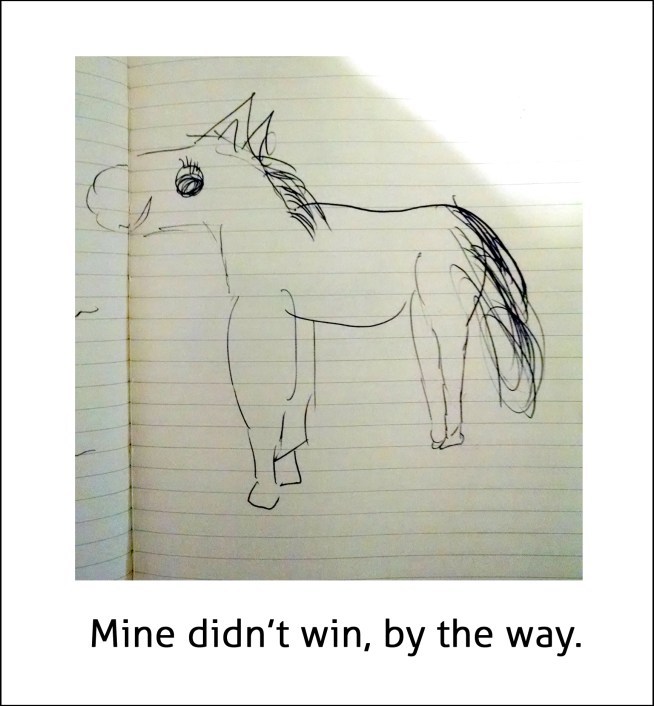 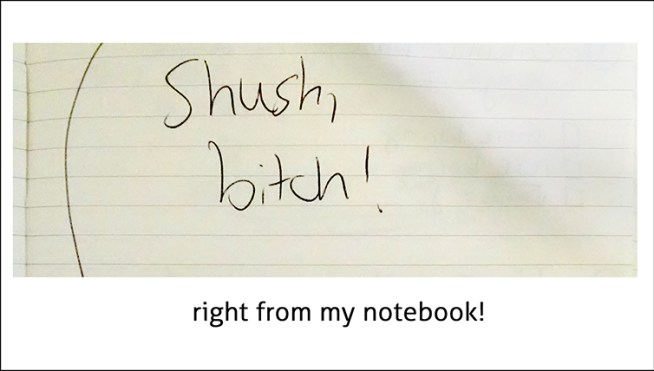 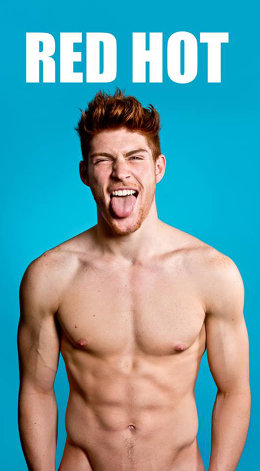 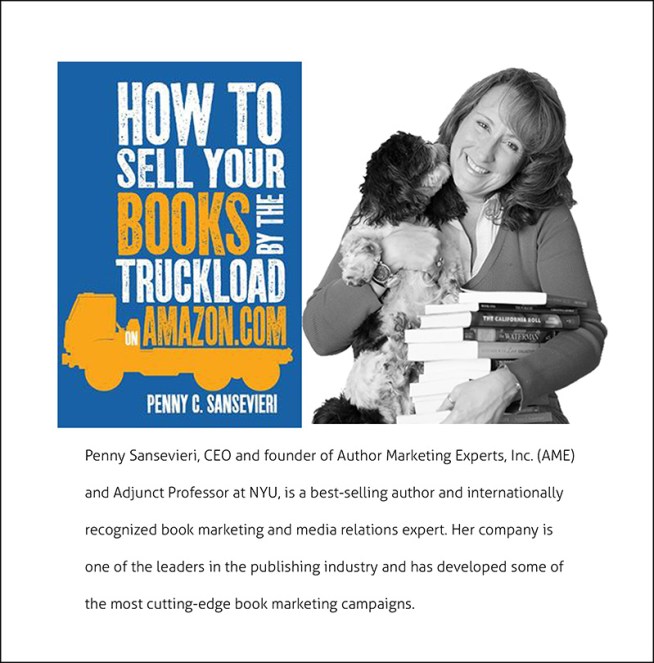 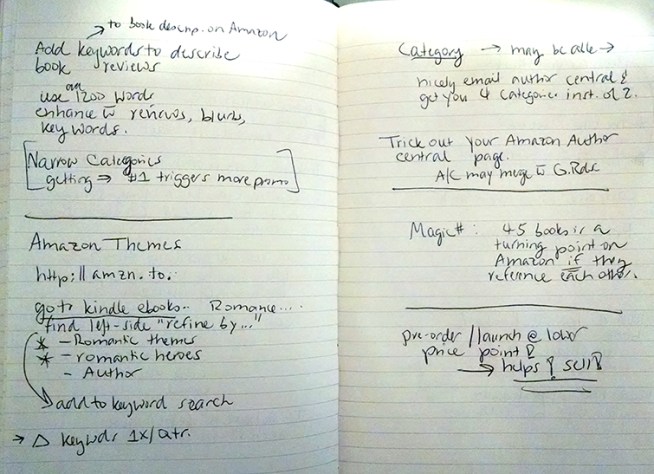 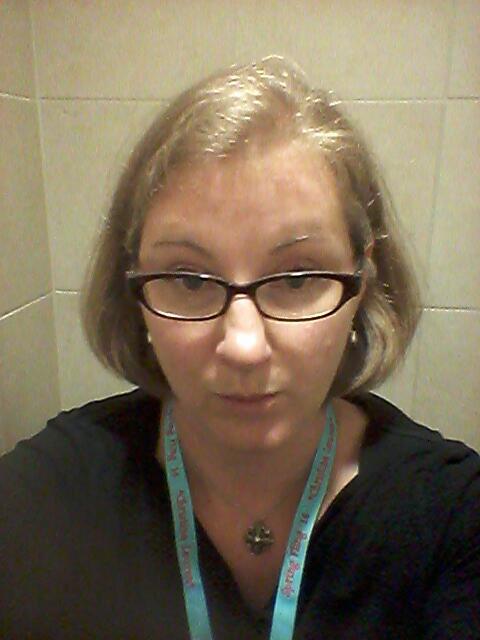 We had a great time. Were you there, too?  Want to share your memories,  or suggest a new name for the Beaver Peeker? We’d love your comments!