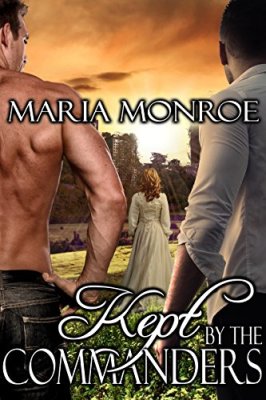 Over the years since a series of catastrophic natural disasters left most of the planet in ruins, those who survived have returned to a much more primitive way of life. In this harsh world, men fight to protect what remains of humanity while women care for their homes, obey their husbands, and bear children to rebuild civilization.

After twenty-year-old Lara loses her mother and brother in an attack by a hostile tribe, she disguises herself as a solder and goes off to fight in the hopes of avenging her family, but when her deception is discovered she finds herself in deep trouble. To avoid banishment, she must spend three months as the prisoner of the village leaders, Commander Rex and Commander Tye, during which time she will be required to submit to them in any way they demand.

Her captors plan to make sure that Lana is taught a lesson she will never forget, and soon she is blushing with shame as her bottom is thoroughly punished, both inside and out. The humiliating chastisement is only the beginning, however, and when the two handsome, dominant warriors show her all the ways in which a man can enjoy a woman she is left begging for more. But when she learns of a dire threat to the village, can she convince Rex and Tye to heed her warnings or will she be forced to take matters into her own hands?

Buy Kept by the Commanders now!