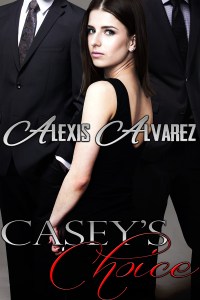 When trendy young artist Casey Reilly sneaks into Chicago’s most exclusive club under a fake name, it isn’t long before two rich, handsome men are vying for her attention. The club’s owner, billionaire Jax Hunter, is the first to make his move, but when he discovers her deception he has difficulty forgiving Casey.

After Hunter’s cold response to the truth about Casey’s identity leaves her dejected, Max Abbott doesn’t waste time in stepping in to pick up the pieces, and he promptly gets to work on mending her broken heart. But when Hunter decides to try to win her back, Casey will have to make the most important choice of her life.

“This,” he announced, “is for last night.  It’s an example of punishment, the kind you might not like as much.  This is for your attitude.  I’m going to spank you, you’re going to take it without complaint, and you’re not going to come. At least, not here. After you go home, I can’t control what you do.”  But then he stepped forward, grabbed her neck, and whispered into her ear, “Yet,” and the mere idea of his control, and the feel of his lips on her skin, made her moan out. “God,  Hunter.” 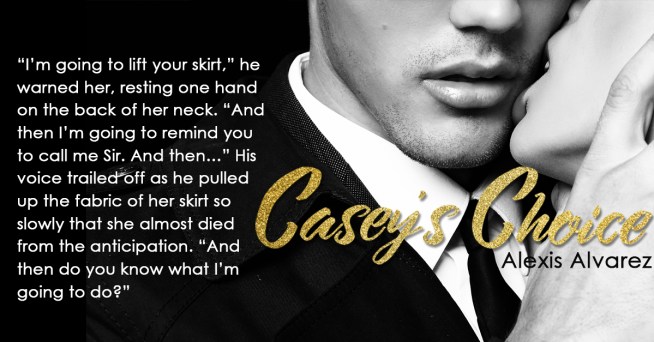 Please stop by and visit all of the other talented authors in the blog hop.

Thanks, and happy reading! XOXO, Alexis