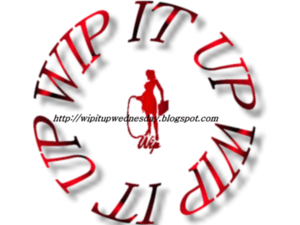 Dear readers, greetings from Alexis, and welcome to WIP it up Wednesday! This is a blog hop where authors share an excerpt from their steamy, kinky and/or spanky novels.  I recently released Capturing Kate from Stormy Night Publications, and I’m excited to share my blurb and a snippet of the book with you. 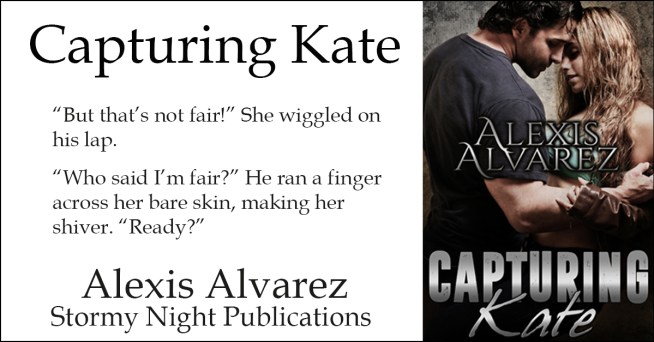 “Let’s get one thing straight,” Sloan told her. “I’m in charge right now. Not you. You’re going to do what I say, when I say it, and that will save both of our lives.”

He looked at her for a long second, and Kate almost thought he was going to grab her and throw her on the bed and kiss her senseless. She’d felt a rush of attraction to him in the coffee shop, and despite the situation, it was still there. She was sure she saw the same desire in his face. Or maybe that’s what she wanted, and because of it, she saw the reflection of her need in his eyes. Still, something burned there, something hot and bright and dangerous.

He tilted his head. “What do you think I should do?” His voice was stern and a little husky.

She sucked in her breath. “What do I think?” Her face grew hot and she put a hand to her cheek. “I—I…”

She wanted something bad and dirty, something that had nothing to do with the awful situation at hand. She wanted what she felt back in the coffee shop, before any of this, when he was a handsome, broad-shouldered man with strong hands and a sexy mouth. She didn’t know why these feeling were here, pushing aside the anxiety and fear and anger. But there they were, bold and strong.

“I think…” There was no way to say he needed to fuck her brains out, drive into her body and fill her so far up with pleasure that all of the pain and fear had nowhere to go but out. She couldn’t ask him to put his tongue into her mouth and his dick into her body and his strength into her soul, to seal up her cracks with his presence, his movements, his touch. That he needed to be a living poem, writing the words of salvation and relief into her skin with his skin, that he needed to touch every inch of her body with every centimeter of his until all she could think of was nothing, nothing, blessed nothing.

So she said nothing. But she couldn’t look away. He read her face with his eyes, she thought, learning it, memorizing it, figuring something out. Surely he couldn’t see her thoughts from her expressions?

He smiled, nodded, as if he was right about something. Then he raised one eyebrow. “If it’s necessary, I’ll tie you back up, like I said. But first, I’ll do something else.”

“What—else?” She whispered the words, suddenly sure he had read her mind and knew exactly what she wanted from him, and the thought made her burn.

“I’ll turn you over my lap and spank you so hard that you won’t sit comfortably all day tomorrow.” He pierced her with his gaze.

“You can’t do that!” She jumped to her feet, stepping back, alarm bells tripping over the butterflies in her belly. “You said you weren’t going to torture me!” This wasn’t what she had in mind—

“A spanking’s not torture. In fact, it can even be a lot of fun, under the right circumstances.” He flexed the fingers of one hand. “But if I need to punish you, it’s definitely going to hurt. No permanent injuries, but you’ll have a thoroughly sore ass. And then you’ll listen.”

“Oh, you won’t?” He raised one eyebrow and stepped forward and her heart accelerated in her chest. For some reason, though, she also felt spires of desire flow through her abdomen. The thought of those strong hands on her naked ass made her blush. “I don’t think you have a choice.”

Twenty-eight-year-old journalist Kate Klein knew reporting on a powerful businessman’s disregard for the safety of the local water supply was a dangerous assignment, but she is nonetheless shocked when she is suddenly taken captive, bound, and brought to a remote cabin.

Her gruff yet undeniably handsome captor turns out to be a man named Sloan who claims he is an undercover FBI agent investigating the same organization she has been trying to expose. Kate is unsure whether Sloan can be trusted, but he makes it clear that he plans to do whatever is necessary to protect her, whether she likes it or not. If keeping her safe requires taking her over his knee for a stern punishment to ensure her obedience, then so be it.

When Kate keeps some critical information from Sloan, a long, hard spanking on her bare bottom quickly proves that his warning was not a bluff. To her surprise, however, the painful, embarrassing chastisement leaves Kate not only promising to be good but also yearning for Sloan to take her in his arms and claim her thoroughly.

Sloan’s skilled, dominant lovemaking is unlike anything Kate has ever experienced before, and she finds her desire for him growing more intense by the hour. But when something goes terribly wrong and the entire investigation is put in jeopardy, can Sloan prove to Kate that she is not just a means to an end for him? 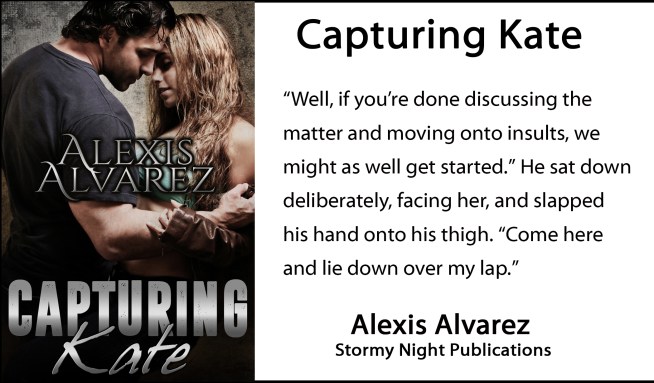 Thanks for reading! Remember, this is a blog hop, and there are other authors who want to share their kinky goodness with you. Please find them below.

Thanks, and happy reading!