It’s finally here! Her Millionaire Master is darker (and dirtier!) than my other books, and it’s published by Stormy Night Publications. 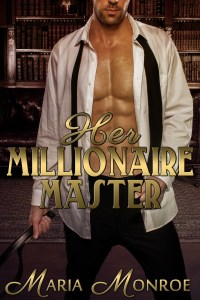 When graduate student Bella James agrees to house sit for her wealthy neighbor, Kane Calhoun, he makes it clear that he expects her to respect his privacy. After curiosity gets the better of her, however, she manages to spill the darkly handsome millionaire’s twelve-thousand-dollar bottle of scotch all over his desk while snooping around his office. Even worse, he returns home just in time to catch her watching videos on his computer… videos of him spanking a woman.

Kane is a man who knows how to get what he wants, and upon finding his beautiful neighbor in his office against his explicit instructions, what he wants is to bare her bottom and spank her soundly. When Bella offers to accept his stern discipline in lieu of reimbursing him for the damage she has caused, he makes her a deal. She will submit to a series of painful, embarrassing punishments, and that will be the end of the matter.

Though Bella quickly discovers that Kane’s plans for her include quite a bit more than just his firm hand applied to her bare bottom, she cannot deny that the intense, humiliating chastisements leave her more aroused than she has ever been before. She soon finds herself aching for Kane to claim her as hard and thoroughly as he has punished her, but can she really dare to hope that the dominant millionaire will put aside the pain of his own past and truly make himself her master? 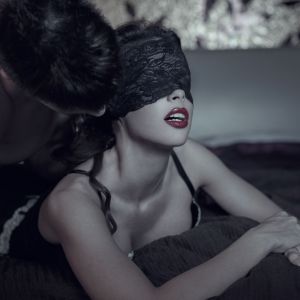 Kane smiled humorously. “You can’t afford a proper pair of shoes,” he said. “How are you going to pay me over $10,000 for a new bottle? If one can even be located, that is.”

“I have some money saved for…well, it doesn’t matter. I have enough. I can pay you. How much do you want?”

“Right. OK. Twelve thousand.” Her hand scrambled around in her purse again until she found a pen, then she began to write the check. It hurt. It physically hurt to write it out, so much of her savings gone. In an instant. For a stupid bottle of scotch. But she’d made a mistake, and she had to pay. “Here,” she said when she was done, ripping the check out of the book and handing it to Kane.

He took it and placed it on the coffee table, setting the Mortlach bottle on top of it. Then she remembered what Claire had said, about exchanging a spanking for the price of the scotch. She couldn’t ask him that. It was absurd. Crazy. Then again, so was paying thousands of dollars for a bottle of alcohol. And the worst he could do was laugh at her. She could handle that. It would be nothing compared to everything else she’d been through.

“I, um, want to ask you something,” she whispered. She hadn’t intended to speak so low, but fear made her voice small.

“What is it, Bella.” Kane’s tone was irritated, but his eyes dark and mysterious as they met hers.

Could she say it? “So that video? That I was watching yesterday when you came home?”

He growled. She swore he actually growled, in anger, she was sure, though for a second something suspiciously close to lust flashed in his eyes.

“I was wondering if instead of paying for the scotch, which I’m so very sorry about, we could, you know, work something else out?”

He laughed, a cruel sound in the beautiful room. “Bella. Please. An offer of prostitution is insulting. I hope you don’t think I’m the type of man who needs to pay for pleasure.”

Bella took a deep breath. “I was thinking you could punish me, Kane. Like the girl in the video. For what I did wrong.”

His eyes glinted, and a muscle in his cheek tightened. For a few moment he just stared at her. Then he shook his head. “Ah, Bella. What I was doing with the woman in the video was for her pleasure as much as mine. She enjoyed being spanked, and I enjoyed spanking her. I think you could see how much she liked it. And I could tell you liked it too.” His eyes searched hers, and she knew he was referring to catching her touching herself in his office.

“It wouldn’t be much of a punishment if you enjoyed it. Would it, Bella?”

“I don’t know,” she muttered, unable to answer him in any way that made real sense. She’d been stupid to think this plan would work. “Forget it.”

“A real punishment is something that hurts. That you do not enjoy but accept anyway because you know you deserve it. Is that what you’re asking me for?”

“I advise you to think long and hard about this,” said Kane, his voice so low Bella could hear its vibrations clear across the table. “If we agree to this, it will be painful, with no pleasure to balance it out. It won’t be playing, like it was in the video you watched on my computer. It will be hard and embarrassing and you won’t enjoy it. I will thoroughly punish you.”

“By, uh, spanking me?” Even saying the word spanking out loud was difficult. Humiliating.

“Yes. Other things as well.”

“What other things?” Her mind wasn’t working well enough right now to even contemplate what those things might be.

“Ah, no. I won’t give it all away. I find that anticipation – of both pleasure and pain – intensifies the experience.”

“Oh.” She couldn’t think of anything else to say.

“What were you thinking, Bella? That I’d spank you once and your debt would be erased?”