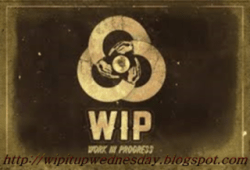 Hi! I’m so excited to be participating in the WIP it Up Wednesday blog hop, where authors share a part of a work-in-progress. (That’s what WIP stands for!)

Today I’d like to share a sample from Afterglow, a steamy romance set in a post-apocalyptic world. 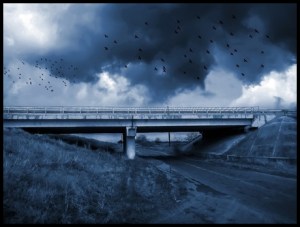 A virulent flu has decimated the population of America, and the entire power grid is down. Most vehicles aren’t working, and Nina needs to find a way to travel 600 miles to meet up with her family. Creed is recovering from what he assumes is the same illness that killed 90% of the population. When someone breaks into his house, he summons the energy to kick the intruder in the head, only to discover it’s a gorgeous girl he just knocked out. They form an uneasy truce, agreeing to travel together on Creed’s motorcycle until they reach Nina’s family. 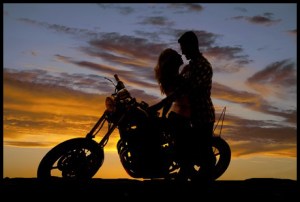 He cleaned the cut and covered it with gauze, then a bandage. It needed stitches, and he could take care of that himself, he was pretty sure, but not yet. Right now he needed water and rest. He popped some Advil just for good measure, then sat back in his chair to watch the front yard.

At first he thought he was hallucinating as he saw her. That fucking girl again. Approaching his house with a backpack on. This time she had a baseball cap on, her long hair pulled back into a ponytail that stuck out through the hole in the back of her hat. She looked like the girls at college, waking up late after a morning of partying, and once again, his dick stirred.Clearly his dick had no idea that this was the end of the world. Unlike the college girls, though, she was staying low, hiding below the level of the parked and abandoned cars, darting between them as she made her way closer.

She rapped twice on the door, tentatively.

“What do you want?” he growled through the wood.

“What the fuck kind of stuff?” No goddamn games.

“Stuff for your arm. Because I cut you.”

“Just let me in. Please? I don’t like standing out here. It’s dangerous.”

That was probably true, and begrudgingly he pulled the door open, allowing her to enter.

“Sit down,” she said, pointing at the floor next to the coffee table.

“So, what? You come into my house and start ordering me around?”

“If you want me to help you, do what I say.” She took her cap off, tossing it onto the couch, and set her backpack down on the floor. She proceeded to pull out a First Aid kit, fully stocked, from the looks of it. She placed an ice pack on the table, one of the kinds that get cold when you crack them.

She looked at him for a long moment, then raised her eyebrows as she said, “It’s for my face. Someone kicked me. I’m getting a black eye.”

“Right. My apologies, sweetheart,” he muttered as he sat down, back against the coffee table.

“What? Sweetheart?” So she didn’t like terms of endearment. He’d have to use them more often then.

“I don’t know,” he drawled, teasing her. “You came back here with your first aid kit after I kicked you in the head and tied you up. That’s pretty sweet.”

“I’m just here to get my revenge,” she muttered as she started to arrange some supplies on the table. “Let’s see how sweet you think I am when I’m sewing up your arm.”

“You think I can’t take a little pain?”

“I’ll make sure it’s more than just a little.” She’d suffused her voice with fake sugar, and he laughed out loud until she stood up and took off her leather jacket. Underneath she was wearing a fitted black T-shirt, its V-neck giving him just a tiny glimpse of cleavage. Her jeans were tight too, and though she was short and small, her body was sheer perfection. Rounded breasts, a slim waist, then hips that curved just enough that could imagine exactly how they’d feel with his fingers digging into them as he drove into her from behind.

Fuck. She’d better start sticking that fucking needle into his arm soon so he didn’t get a full-on boner that he couldn’t hide. He shifted, feeling the hard wood of the coffee table against his back.

“I’m ready,” she said. “Oh wait. One more thing.” She rummaged around in her backpack for a second, then pulled out a pair of handcuffs.

“Now I know I’m dreaming,” he said. “Pretty girl coming in here to handcuff me? Unless you want me to handcuff you?” He grinned at her suggestively.

She frowned. “These? Are for safety. Not pleasure.” With that she attached one of the cuffs to the leg of the coffee table and the other around his right wrist. It was cool against his skin, and the clink the cuffs made when she locked it sent shivers down his spine.

“You know,” he said, “I could just lift up the coffee table and slide that right off in a second.”

“I know. But a second is all I’d need to get away from you. You’re big but I’m quick. In case you didn’t notice.”

He grunted. It wasn’t the only thing he’d noticed.

She crouched down at his left side and removed the bandage and gauze he’d put on earlier. It was soaked through with blood. “I’m going to clean this up, then I’m going to sew it shut. It’s going to hurt. Can you handle it?”

“I can handle anything.”

“Ooh, big brave man,” she muttered, as she began to clean the wound.

Already it stung, and he hissed out between his teeth. To distract himself, he said, “Sweetheart, you’re here sewing me up and I don’t even know your name.”

“It’s not sweetheart.” She was picking up the needle and thread, which she’d had soaking in some solution. Probably disinfectant.

He wondered what kind of training she had, but he didn’t want to piss her off by asking too many questions when she was about to work on him. And she was all he had right now. “Then tell me what it is and I’ll stop calling you sweetheart.”

“It’s Nina. Now hold still. This is going to hurt.”

“I love when people tell me that.” The needle pierced his skin, and he grunted, holding back the yell he wanted to emit.

“Does it hurt?” Nina asked, pulling the thread through and piercing his skin again.

“No,” he muttered. “It feels amazing. Like goddamn kittens and cupcakes.”

“Kittens and cupcakes?” She laughed, the sound light and pretty.

Fuck if it wasn’t the best thing he’d heard in days. Weeks, probably.

“So what’s your name, big boy?” asked Nina, continuing to sew up his arm.

“Creed. But you can call me big boy if you want.”

“I don’t think we know each other well enough for nick names.”

“Are you sure it’s just sweetheart you don’t like? I could call you killer. It might be more appropriate.” He was joking around to take his mind of the pain, but it was hard, and he leaned back against the coffee table and closed his eyes as his forehead broke out in a cold sweat.

“I’d prefer killer to sweetheart. Hey, you don’t look good. Here,” said Nina, and Creed heard a cracking sound, then a cold ice pack being pressed to his forehead. “Hold that there. Oh crap. You can’t. Hold on.” She unlocked the cuff, and he brought his right hand up to his forehead, holding the ice pack in place.

“Just fucking finish it,” he growled. Then he added “please.”

“OK. Hold on.” In a few minutes she was done, and she wiped the area clean, then bandaged it up with gauze once more.

When he opened his eyes, she was looking at him, worry in her face. “How are you doing?”

“Just great, sweetheart… uh, Nina.” He raised an eyebrow at her and attempted a grin.

“Take these. With this.” She dropped a handful of pills into his hand and passed him an uncapped water bottle.

“What is all this shit?”

“You can take more.”

“What are you, Nina? A fucking nurse?”

She gave him a long look as he took the pills. “No, I’m not a fucking nurse. Or a pediatric nurse or a ER nurse or any other kind of nurse. I’m a teacher. Seventh grade.”

“So how does a seventh grade teacher know how to sew up an arm like that?”

“Here and there.” She was being evasive.

“Just making conversation, Nina. You’re the first person I’ve spoken with in about two weeks, so…”

“Huh. I guess me too,” said Nina, beginning to pack her first aid kit back up. “Except for this crazy lady trying to steal from my kitchen.”

Creed chuckled. “Let me guess. You pointed your gun at her and asked her politely to leave.”

“Something like that.” When she moved, her curls danced, and sunlight streaming in through the windows glinted off of them. She was in profile, her cheek creamy white with just a hint of pink, and her neck looked so bite-able. But then she turned her head, and he saw, once again, the angry purple welt, the bruising under her eye. Because of him.

I hope you enjoyed this sneak peek at Afterglow! In the meantime, check out my books that are currently available.

And DEFINITELY check out the other authors participating in this week’s WIP it Up Wednesday!

4 thoughts on “Afterglow (An Apocalypse Romance)”