“Maybe we should do a test run,” he murmured, his smile wicked. 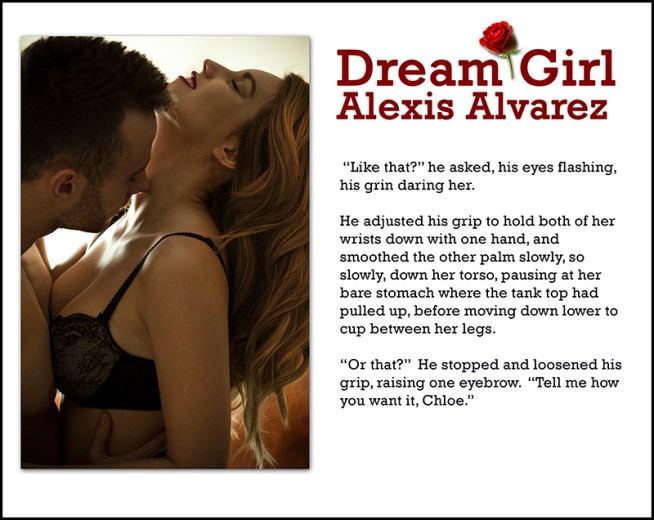 Greetings! I’m Alexis Alvarez, and I’m excited to participate in My Sexy Saturday’s Blog Hop, where romance authors link together to share seven sentences or paragraphs from a recent romance book. Today, I’d like to share a snippet from my book Dream Girl, which will release on September 1st.

In this scene, Chloe has just given Dominic her ‘Welcome Dream Gift’ – a dirty garden gnome from the Dream House’s backyard.

“This is your idea of enticement?” Dominic raised his eyebrow at her, putting the gnome onto the table with the other gifts. There was dirt smeared across his shirt now. He winced as he looked at it and gave a rueful grin to the general vicinity.

Chloe shrugged. “Getting dirty never killed anyone,” she commented.

Dominic moved fluidly and suddenly she found herself pulled up against his hard chest, feeling his hot breath on her neck as he spoke into her ear. “Getting dirty never did kill anyone, Trip,” he murmured. “I guess your gift means that you want to get dirty with me, is that right? I admire your straightforward approach. But I’m not that easy. You’re going to have to work harder to seduce me.”

He leaned in further, brushing his lips across her neck in the barest whisper of a kiss, before stepping back and releasing her. “Remember who’s on top here, Trip,” he murmured, his eyes locked onto hers. He was breathing hard, though, and red flushed along his jawbone. He raised his hand and brushed almost fiercely at his hair. The room was electric with anticipation.

Chloe scowled at him, her own body thrumming with arousal and excitement. But she was not going to let him win this round. He was not going to bowl her over with a few sexy comments and that one tingly kiss on her neck. “The dirt on the gnome signifies that you’re at the ground level, Tool Box,” she said in a honeyed voice. “But I’m up in the penthouse. You’ve got a long ways to travel before you reach my level. In fact, I’m not even sure you could handle it. But not to worry. Looks like you have plenty of… subordinate options.”

Dominic was the one scowling now. He leaned in and whispered, “I’m glad I heard the word subordinate on your lips. That’s how I want you.”

Then he winked at her. Chloe swallowed hard. His eyes burned into hers, and she couldn’t look away. She imagined his strong hands tying her delicate wrists with black silk, stroking her naked body—she gulped and tried to look unaffected. 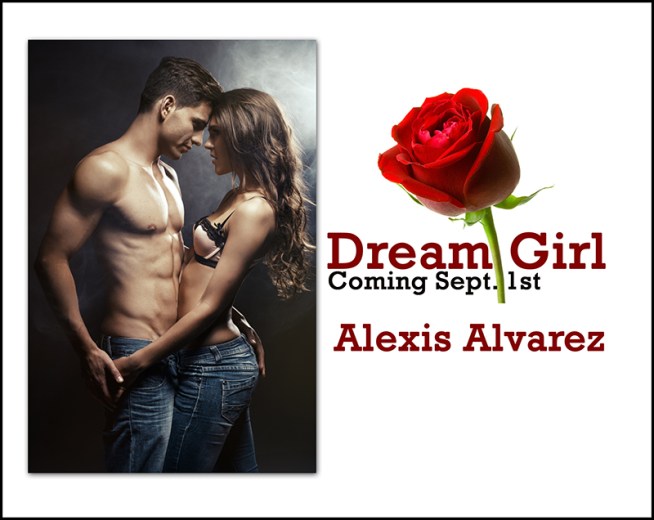 I’m very excited to announce that I will be featuring a photograph of the talented and sexy model/photographer Darren Birks on the cover of Dream Girl, so stay tuned for the cover reveal! I’ll update here on the blog and on my Facebook page once the cover is ready to show. (click on his name to visit his site. Just be sure to put a towel down onto your keyboard to soak up the drool while you browse…)

Chloe Barnes, sassy and spirited, has just landed herself a coveted spot on the cast of the Dream Girls reality TV show. She knows that nobody could ever find true love on a dumb show, but she’s in it for adventure and travel… not for sexy super-hunk Dominic, with his riveting dark eyes and abs of steel.

Chloe finds herself verbally sparring with handsome Dominic, and prefers to do things her way. Whether she’s raking manure in an evening gown or accidentally falling off the fishing boat, Chloe keeps things interesting, although she’s constantly out of favor with the producer. And Dominic seems to be attracted to her, even though Chloe feels that she’s not as pretty or talented as the other women on the show.

As they spend time together and passion grows, their banter turns to serious sparks, and Dominic promises he will pick her as his final Dream Girl. But when Chloe is ejected from the show without warning, she is surprised, embarrassed and heartbroken. And she feels so foolish, believing he could truly fall for her.

If he cared at all, how could he be so cruel? Is the bond between them even worth a fight? 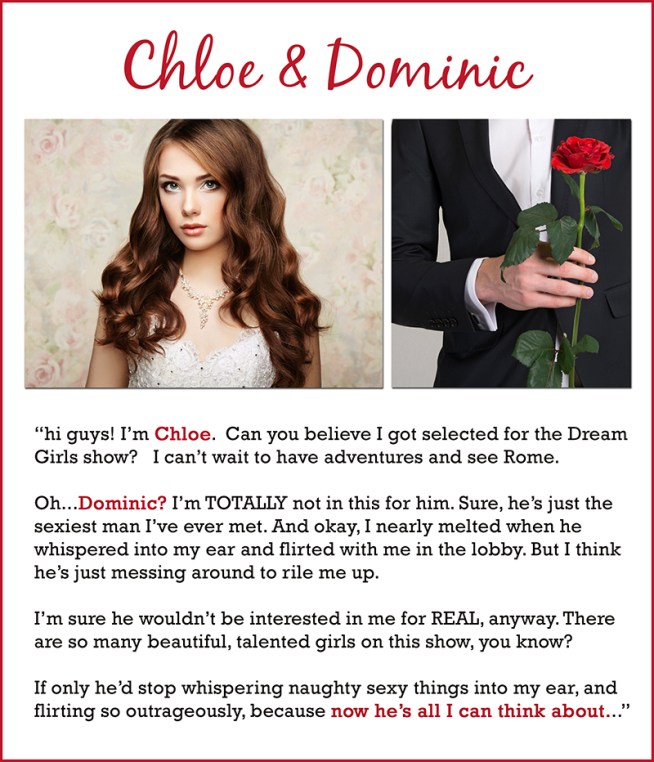 There are many other authors in this blog hop – please stop by their sites too, for more sexy snippets. Thanks!